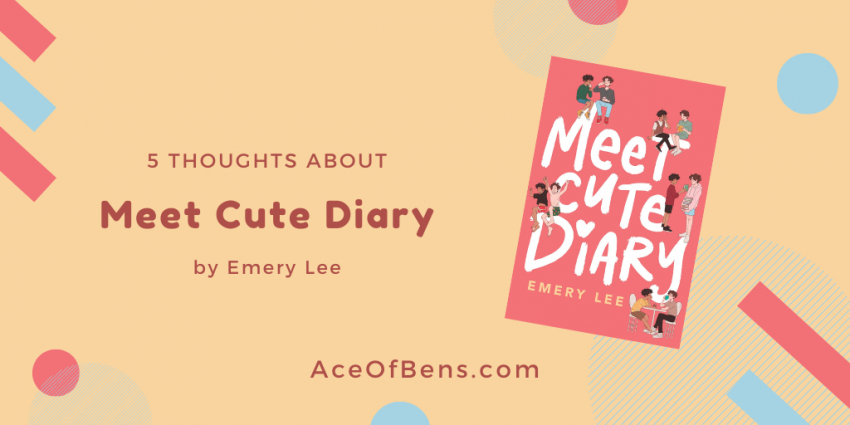 Welcome back to Ace Of Bens! It’s been a while, hasn’t it? Some way, somehow, I’ve read over fifty books already this year, so I figured I ought to start posting reviews again. Today I’m back with a review in the form of a few thoughts that stood out to me in the days after I finished reading. Tl;dr – if queer YA romcoms are your thing, you should get a copy of Meet Cute Diary ASAP! 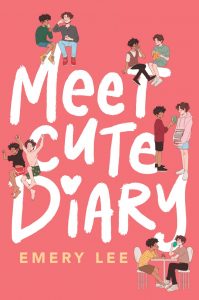 Published 4 May 2021 by Quill Tree Books

Noah Ramirez thinks he’s an expert on romance. He has to be for his popular blog, the Meet Cute Diary, a collection of trans happily ever afters. There’s just one problem—all the stories are fake. What started as the fantasies of a trans boy afraid to step out of the closet has grown into a beacon of hope for trans readers across the globe.

When a troll exposes the blog as fiction, Noah’s world unravels. The only way to save the Diary is to convince everyone that the stories are true, but he doesn’t have any proof. Then Drew walks into Noah’s life, and the pieces fall into place: Drew is willing to fake-date Noah to save the Diary. But when Noah’s feelings grow beyond their staged romance, he realizes that dating in real life isn’t quite the same as finding love on the page.

In this charming novel by Emery Lee, Noah will have to choose between following his own rules for love or discovering that the most romantic endings are the ones that go off script.

1. This book is going to be so important to so many people

When you read this, you can just tell that Lee wrote this with all the love in eir heart for the trans community. Meet Cute Diary has so many layers to it and shows that great things are possible when you let go of your expectations and just kinda go where life takes you. ⁠Lee does a great job of balancing the sweet and funny scenes with the tough and emotional ones. MCD’s focus on trans joy is a reason in and of itself to pick up the book, but there’s so much more to it than that. We get to see Noah and the other characters explore gender, learn from their mistakes, figure out boundaries, and ultimately grow into themselves. It’s a wild ride — one that I highly recommend you all hop on.

2. Noah is a messy, complicated character

Plainly put, there are times when Noah is selfish, oblivious, annoying, and ultimately a very teenager-ish main character. Noah overspends his parents’ money and gets pissed off when he’s cut off. He has trouble communicating with his brother, who he’s living with for the summer. He also has trouble in his other relationships, like the one with his best friend Becca, because it’s rough now that they’re long-distance best friends and it leads to miscommunication and hurt feelings. It’s not going to work for everyone, but for me, that just made the story all that much better. I love that we’re getting to a point that we can have queer characters, characters of color who are Not Perfect and still thrive because they’re human and they deserve it.⁠

3. There’s no major focus on transphobia

It’s a contemporary fiction book, so of course, transphobia exists in this story. Heck, Noah and Devin deal with it on varying levels throughout! But it never becomes the main plot point, and I love that? It’s about time we get books about trans characters where their main struggle isn’t transphobia.

4. It’s such a fun book with a ton of little adventures

It mostly starts Noah’s new sorta-fake-sorta-real boyfriend Drew taking him all around Denver to show him around and stage cute dates for them to post about on the Meet Cute Diary. Between jumping off cliffs into the water, hikes through the mountains, and more lowkey cafe visits, Noah and Drew have one heck of a time together. But then there’s also the

5. I love the way Devin’s gender is handled

Meet Cute Diary isn’t really a coming out story, certainly not from Noah’s end, but Devin spends a lot of the book exploring ways to express eir gender. I’ve seen other point this out, but it’s worth repeating that Noah handles it so gracefully. Of course, I’d expect that from someone who’s also trans, but it’s not something I’ve seen in fiction before, and to think this could be teens’ introduction to exploring gender? Beautiful!