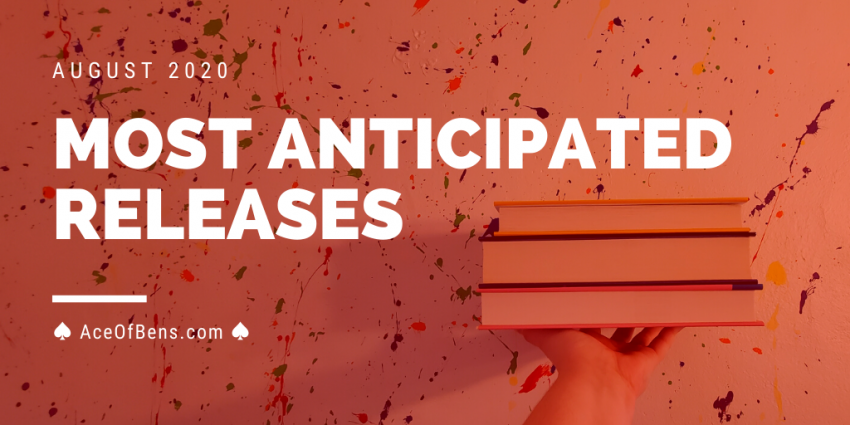 Can you believe all the amazing books that dropped yesterday? It’s release days like these that remind me of all the amazing books there are in the world and how many have yet to be written. So I scoured Goodreads and book Twitter and Bookstagram for the best August 2020 book releases and came up with my top five which are listed below in order of release date. Don’t forget to tell me which books you’re excited about in the comments! 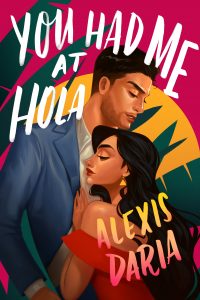 You Had Me At Hola by Alexis Daria

Leading Ladies do not end up on tabloid covers.

After a messy public breakup, soap opera darling Jasmine Lin Rodriguez finds her face splashed across the tabloids. When she returns to her hometown of New York City to film the starring role in a bilingual romantic comedy for the number one streaming service in the country, Jasmine figures her new “Leading Lady Plan” should be easy enough to follow—until a casting shake-up pairs her with telenovela hunk Ashton Suárez.

Leading Ladies don’t need a man to be happy.

After his last telenovela character was killed off, Ashton is worried his career is dead as well. Joining this new cast as a last-minute addition will give him the chance to show off his acting chops to American audiences and ping the radar of Hollywood casting agents. To make it work, he’ll need to generate smoking-hot on-screen chemistry with Jasmine. Easier said than done, especially when a disastrous first impression smothers the embers of whatever sexual heat they might have had.

Leading Ladies do not rebound with their new costars.

With their careers on the line, Jasmine and Ashton agree to rehearse in private. But rehearsal leads to kissing, and kissing leads to a behind-the-scenes romance worthy of a soap opera. While their on-screen performance improves, the media spotlight on Jasmine soon threatens to destroy her new image and expose Ashton’s most closely guarded secret.

Why I’m excited: The drama! The romance! The hype! I’m here for it all. I’ve already heard so much about this one and I’m so excited to see why everyone’s yelling about it on Instagram. Not to mention, this cover is absolutely gorgeous! (Yes, I do judge a book by its cover sometimes 😅) 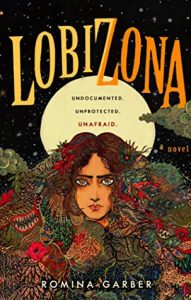 Manuela Azul has been crammed into an existence that feels too small for her. As an undocumented immigrant who’s on the run from her father’s Argentine crime-family, Manu is confined to a small apartment and a small life in Miami, Florida.

Until Manu’s protective bubble is shattered.

Her surrogate grandmother is attacked, lifelong lies are exposed, and her mother is arrested by ICE. Without a home, without answers, and finally without shackles, Manu investigates the only clue she has about her past–a mysterious “Z” emblem—which leads her to a secret world buried within our own. A world connected to her dead father and his criminal past. A world straight out of Argentine folklore, where the seventh consecutive daughter is born a bruja and the seventh consecutive son is a lobizón, a werewolf. A world where her unusual eyes allow her to belong.

As Manu uncovers her own story and traces her real heritage all the way back to a cursed city in Argentina, she learns it’s not just her U.S. residency that’s illegal. . . it’s her entire existence.

Why I’m excited: It sounds like there’s a lot going on in this book and I’m excited for all of it. Based on the synopsis, it sounds like a timely contemporary story at first and then it just hits you with the Argentine folklore. I’ve heard great reviews of this and I’m so excited! 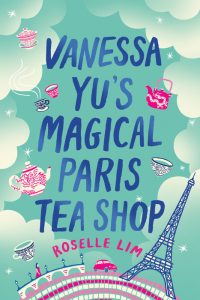 Ever since she can remember, Vanessa Yu has been able to see people’s fortunes at the bottom of their teacups. To avoid blurting out their fortunes, she converts to coffee, but somehow fortunes escape and find a way to complicate her life and the ones of those around her. To add to this plight, her romance life is so nonexistent that her parents enlist the services of a matchmaking expert from Shanghai.

The day before her matchmaking appointment, Vanessa accidentally sees her own fate: death by traffic accident. She decides that she can’t truly live until she can find a way to get rid of her uncanny abilities. When her eccentric aunt, Evelyn, shows up with a tempting offer to whisk her away, Vanessa says au revoir to America and bonjour to Paris. While working at Evelyn’s tea stall at a Parisian antique market, Vanessa performs some matchmaking of her own, attempting to help reconnect her aunt with a lost love. As she learns more about herself and the root of her gifts, she realizes one thing to be true: knowing one’s destiny isn’t a curse, but being unable to change it is.

Why I’m excited: Honestly, reading all the Caffeine Blog Tour posts has gotten me so hype for this book. Just, the aesthetic and the story and 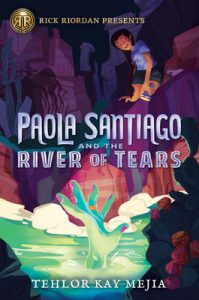 Paola Santiago and the River of Tears by Tehlor Kay Mejia

Space-obsessed 12-year-old Paola Santiago and her two best friends, Emma and Dante, know the rule: Stay away from the river. It’s all they’ve heard since a schoolmate of theirs drowned a year ago. Pao is embarrassed to admit that she has been told to stay away for even longer than that, because her mother is constantly warning her about La Llorona, the wailing ghost woman who wanders the banks of the Gila at night, looking for young people to drag into its murky depths.

Hating her mother’s humiliating superstitions and knowing that she and her friends would never venture into the water, Pao organizes a meet-up to test out her new telescope near the Gila, since it’s the best stargazing spot. But when Emma never arrives and Pao sees a shadowy figure in the reeds, it seems like maybe her mom was right. . . .

Pao has always relied on hard science to make sense of the world, but to find her friend she will have to enter the world of her nightmares, which includes unnatural mist, mind-bending monsters, and relentless spirits controlled by a terrifying force that defies both logic and legend.

Why I’m excited: Out of all the August 2020 book releases, I’m definitely most excited about Paola Santiago and the River of Tears! I loved Mejia’s duology of We Set the Dark on Fire and We Unleash the Merciless Storm so I’m excited to see her write for a different age group and genre. Plus, I am so here for a Middle-Grade story inspired by the tales of La Llorona, and I want it in my hands right now. 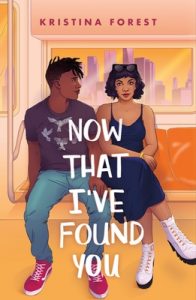 Now That I’ve Found You by Kristina Forest

Following in the footsteps of her überfamous grandma, eighteen-year-old Evie Jones is poised to be Hollywood’s next big star. That is until a close friend’s betrayal leads to her being blacklisted . . .

Fortunately, Evie knows just the thing to save her floundering career: a public appearance with America’s most beloved actress—her grandma Gigi, aka the Evelyn Conaway. The only problem? Gigi is a recluse who’s been out of the limelight for almost twenty years. Days before Evie plans to present her grandma with an honorary award in front of Hollywood’s elite, Gigi does the unthinkable: she disappears.

With time running out and her comeback on the line, Evie reluctantly enlists the help of the last person to see Gigi before she vanished: Milo Williams, a cute musician Evie isn’t sure she can trust. As Evie and Milo conduct a wild manhunt across New York City, romance and adventure abound while Evie makes some surprising discoveries about her grandma—and herself.

Why I’m excited: I’ve heard such great things about Forest’s writing and this book in specific. Everybody’s been gushing about the characters and the story and the mystery. I’m just so ready for this book to be in my hands so I can join in on all the fun.

Which August 2020 book releases are you most excited about?