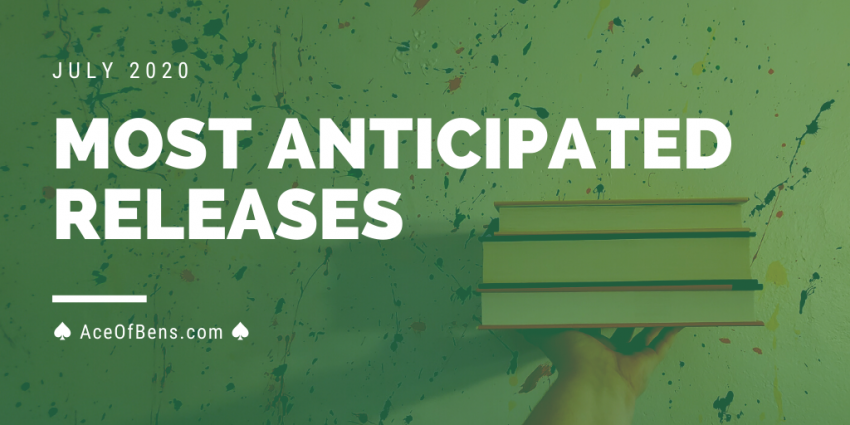 Don’t mind me posting this a week into the month. I have completely lost track of time by this point, so it’s hard to wrap my head around it being July 7th.

But, more importantly, it’s also Tuesday. Which means it’s book release day! One of the books I’m really excited about drops today, so I’m ready to jump on that. Unfortunately, this month I only have three books to share, which doesn’t feel like many at all. So be sure to share down in the comments what books you’re excited about that come out this month! I want to know about all the great books releasing in July 2020. 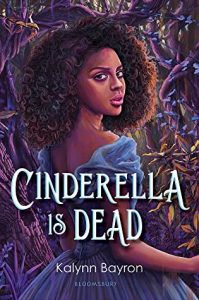 Cinderella Is Dead by Kalynn Bayron

It’s 200 years after Cinderella found her prince, but the fairy tale is over. Teen girls are now required to appear at the Annual Ball, where the men of the kingdom select wives based on a girl’s display of finery. If a suitable match is not found, the girls not chosen are never heard from again.

Sixteen-year-old Sophia would much rather marry Erin, her childhood best friend, than parade in front of suitors. At the ball, Sophia makes the desperate decision to flee, and finds herself hiding in Cinderella’s mausoleum. There, she meets Constance, the last known descendant of Cinderella and her step sisters. Together they vow to bring down the king once and for all–and in the process, they learn that there’s more to Cinderella’s story than they ever knew . . .

This fresh take on a classic story will make readers question the tales they’ve been told, and root for girls to break down the constructs of the world around them.

Why I’m excited: So I’m not sure if it’s technically considered a retelling since Cinderella’s not the main character. (How does this work?) But I’m so excited for this spin on Cinderella’s story. It sounds like Bayron’s adding a fresh twist with some mystery to this story that a lot of us grew up with and I can’t wait to see what she’s done with the idea 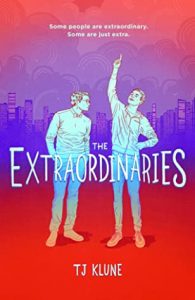 The Extraordinaries by T.J Klune

Some people are extraordinary. Some are just extra. TJ Klune’s YA debut, The Extraordinaries, is a queer coming-of-age story about a fanboy with ADHD and the heroes he loves.

Nick Bell? Not extraordinary. But being the most popular fanfiction writer in the Extraordinaries fandom is a superpower, right?

After a chance encounter with Shadow Star, Nova City’s mightiest hero (and Nick’s biggest crush), Nick sets out to make himself extraordinary. And he’ll do it with or without the reluctant help of Seth Gray, Nick’s best friend (and maybe the love of his life).

Why I’m excited: This story sounds interesting on so many levels. I haven’t read many superhero-type books, and this seems like a great one to jump into. It stars a queer boy with ADHD, which means it was written for me, of course. Plus the protagonist is someone who doesn’t have a superpower. He’s an ordinary boy trying to be extraordinary which is a trope I don’t think I’ll ever get tired of. 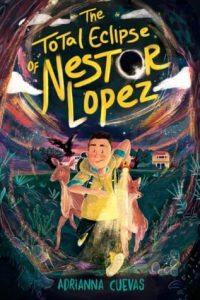 The Total Eclipse of Nestor Lopez by Adrianna Cuevas

All Nestor Lopez wants is to live in one place for more than a few months and have dinner with his dad.

When he and his mother move to a Texas to live with his grandmother after his dad’s latest deployment, Nestor plans to lay low. He definitely doesn’t want anyone to find out his deepest secret: that he can talk to animals.

But when the animals in his new town start disappearing, Nestor’s grandmother becomes the prime suspect after she is spotted in the woods where they were last seen. As Nestor investigates the source of the disappearances, he learns that they are being seized by a tule vieja- a witch who can absorb an animal’s powers by biting it during a solar eclipse. And the next eclipse is just around the corner…

Now it’s up to Nestor’s extraordinary ability and his new friends to catch the tule vieja- and save a place he just might call home.

Why I’m excited: I’ve been consciously adding more Middle-Grade fiction to my TBR, this past year and this one looks great! Another fantasy mystery? Sign me up. I’m also a sucker for the outcast protagonist trope, so I think I’ll like Nestor’s story.

Which July 2020 releases are you most excited about?