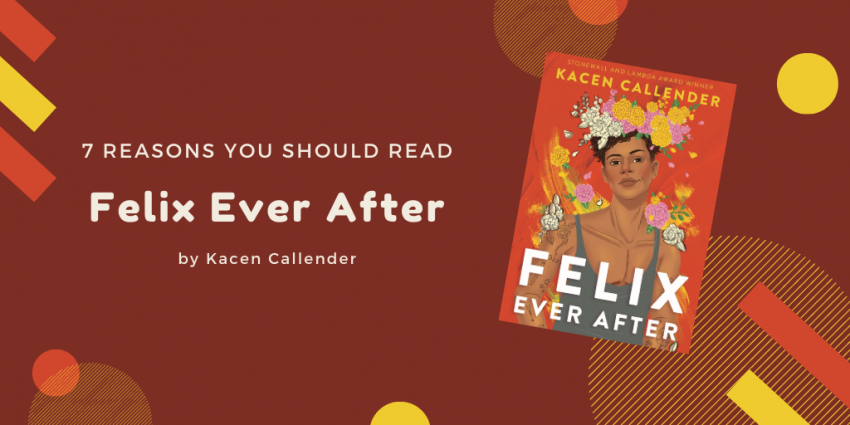 Quick Info about Felix Ever After

Why You Should Read Felix Ever After 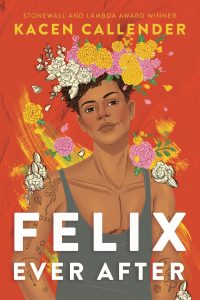 But that’s kind of the problem in this story — Felix believes that he isn’t worthy of love or much of anything at all. He thinks that he’s just too different. How could anyone fall in love with him when he’s Black and queer and trans? He thinks that because his mother left him and his father some years ago, it’s just more proof he’s unloveable. But none of these things he tells himself is true. I love his character so much and he deserves so much love and happiness.

2. The book talks about all types of love

One of the main plot points is that Felix wants to fall in love. He doesn’t want to force it either. He wants to experience the ups and downs of being truly, fully in love with someone. Soon, he finds romance in some ways he doesn’t expect, which leads to a pretty wild summer.

Not only is Felix looking for romance, but he’s looking for friends. Really, his only friend at the start of the book is Ezra, and he wants that to change. I don’t think it’s a spoiler to say that he makes friends throughout the story. Not all of them stick around, but that’s a consequence of how complicated platonic love can be.

On top of all that, his relationship with his father is complicated. Even though Felix’s dad gave up so much to send him to art school and paid for his top surgery and T, Felix’s dad struggles with his trans identity and neither of them knows how to talk to the other about it. On some level, Felix knows he loves him, but he questions how much his dad can really love him if he never says his name. And then there’s Felix’s mother who left their family when he was about ten years old and completely cut off contact. She left a lot of pain in her place and Felix has to work through it.

There is so much to discuss concerning the complicated nature of love in this book, and it’s so well done.

3. These characters are oh-so messy

There are so many mistakes and so much hurt but so much learning and growing and forgiving from all of the characters in this book. And maybe that part is frustrating to some readers, but to me it makes them feel real. I don’t want to go into too much detail, because it would quickly get into spoiler territory, but honestly, I can’t think of a single character in this story who doesn’t show their flaws. Some of them work past it and redeem themselves. Some of them don’t. It’s life. It’s real.

The characters aren’t the only messy part of this story! Gender is, too — in Felix Ever After and in real life.

One of the best parts about this book is that Felix thinks he has himself all figured out at first. He’s been out as a trans guy for a couple of years now and already began physically transitioning. But what if he’s not quite a man? Not quite binary? It’s not the main part of the plot, but it pops up every once in awhile, kind of like it would in real life. That question of “Who am I really and how do I express it to other people?” I love how it’s woven into all of the other plot points so naturally.

5. There are so many difficult topics handled with a ton of care

I think I’ve already shown how diverse the issues in Felix Ever After are, but I’d like to highlight another here. There are several conversations about privilege. There was a fair amount of talk about the privilege of living in New York City, especially about where in NYC you live if you’re so lucky. Plus, there are conversations about intersectionality and how being gay doesn’t negate the fact you’re white and benefit from white privilege.

While there’s certainly not enough room in one fiction novel to go into that much depth with all of these topics, it’s important and reassuring to see that they’re being brought up in teen fiction at all.

6. This book is going to be so important to so many people

Seeing this story exist on the shelves of their local libraries and favorite book stores will mean so much to a lot of different people, not just Black queer transmasculine people. We need to get this book and more like it in the hands of more people.

7. You need to read this because *wild vague gestures*

I could go on about this book for longer than I actually have words for. It made me question a lot of things within myself, and honestly, it helped me figure out some things, too. This is the first book in a long time that made me cry, and I have so many feelings about it. I don’t quite know how to express all of them yet, but I can’t stress enough how important this book will be for teenagers. I haven’t stopped thinking about it since I finished it, and I need everyone else to read it too and come talk to me about it!

Have you read Felix Ever After yet? What are your thoughts about it?