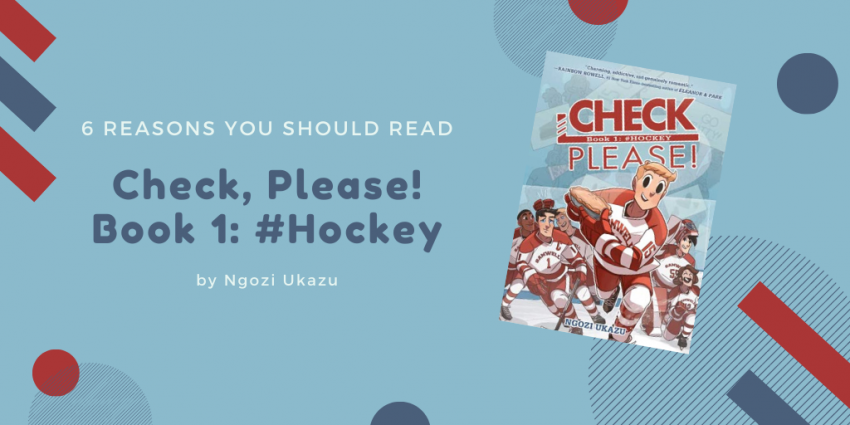 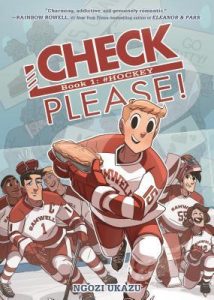 Y’all… I might not be ready for this. I may be a former junior figure skating champion, vlogger extraordinaire, and very talented amateur pâtissier, but being a freshman on the Samwell University hockey team is a whole new challenge. It’s nothing like co-ed club hockey back in Georgia! First of all? There’s checking. And then, there is Jack—our very attractive but moody captain.

A collection of the first half of the megapopular webcomic series of the same name, Check, Please!: #Hockey is the first book of a hilarious and stirring two-volume coming-of-age story about hockey, bros, and trying to find yourself during the best four years of your life.

Why You Should Read Check

I’m always, always looking for more stories set in college, so (besides everyone’s constant raving about this graphic novel) this was one of the big reasons I picked it up in the first place. The whole story, which began as a webcomic, follows Eric Bittle throughout his four years playing hockey at Samwell University. This first book compiles the webcomics taking place during his freshman and sophomore years. And, although it’s played up at times for comedic effect, the depicted college experience is pretty real. (At least for some people, like college athlete dudebros. Not trying to scare incoming freshmen!)

2. Bitty is a great main character

And you can’t tell me otherwise. He’s a figure-skater-turned-hockey-player who loves Beyonce, bakes when he’s happy, sad, stressed, etc., and vlogs on the side, too. The running gag is that he loves hockey but he’s also terrified of getting checked (see photos underneath), which is a big part of the game.

Okay, so don’t get me started, but I’m telling you, hockey is a really fun sport. At least to watch. I’ve never played it, to be honest. And apparently, it’s very fun to read about, too. It’s a lively, fast-paced, physical, unique sport that might not have the ratings that baseball, football, and basketball get, but the fanbase is very loyal

Although the actual game and practice scenes don’t overtake the storyline, there is definitely a lot of hockey. Thankfully, it’s done in a way so that readers who aren’t as familiar with hockey culture and the game itself are totally lost. Two of the side characters, Ransom and Holster even have a few helpful segments called “Hockey Shit with Ransom & Holster” to help readers get acquainted with the lingo.

4. These characters are hilarious

Can you not tell from the panels I’ve added to the post? I’d add more as proof, but you might as well just read it at that point. 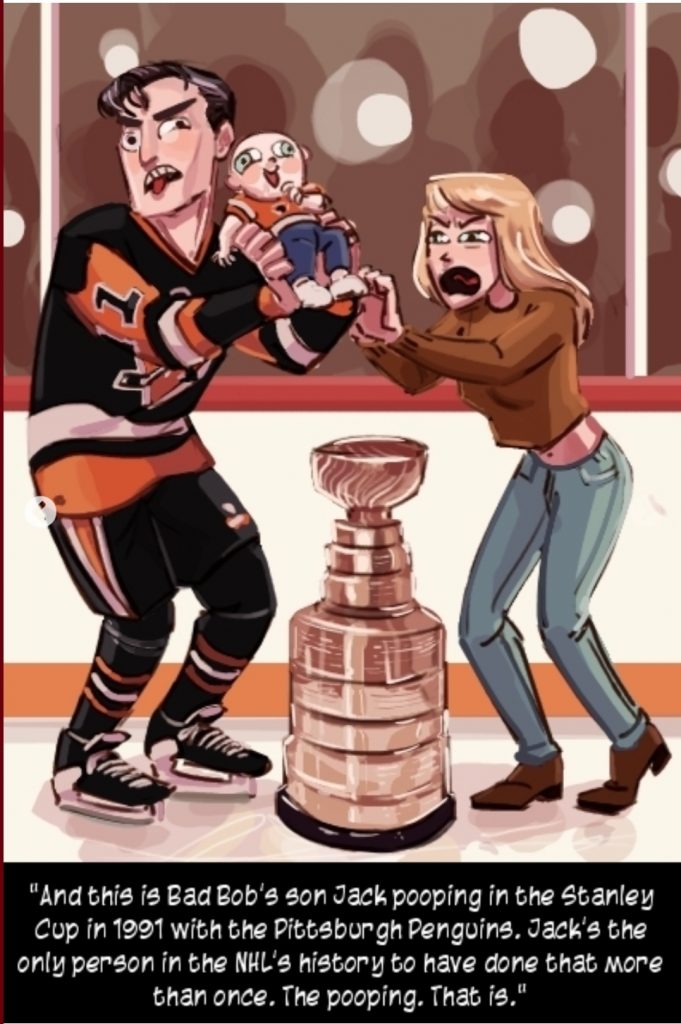 5. Gotta talk about the art!

The art looks a bit rougher in the screenshots I got from the web version of the comic than it does in the traditionally published version. Either way, it’s not necessarily the most intricate, breathtaking art, but that’s fine. Because this is a comedic series! The style is still beautiful and it works so well. Ukazu even switches up the style in some scenes to set the mood, like in the panel shown on the right, which is part of a flashback… A very gross flashback. Classic Shittsburgh.

Do you remember how I went on about how hockey’s a really fun sport just a bit ago? Well, let me tell you about the not-so-fun part. If you already know a thing or two about the fandom and culture surrounding sports in general, I’m sure you know it’s a very allocishet white male-dominated area of entertainment. Hockey is particularly bad about all of the -phobias and other types of prejudice.

But that doesn’t really matter in this story! And that’s okay! Sometimes you just need to write a story that is good and pure and nice! And that’s what Check, Please! is. Bitty’s teammates are mostly your typical dudebros, but they’re also very accepting of him being gay. Like, it’s just another part of him, and it doesn’t change what they think of him as a person or as a player, and I think that’s one of the most important parts of this story.

Have you read Check, Please! Book 1: #Hockey? What did you think of it?