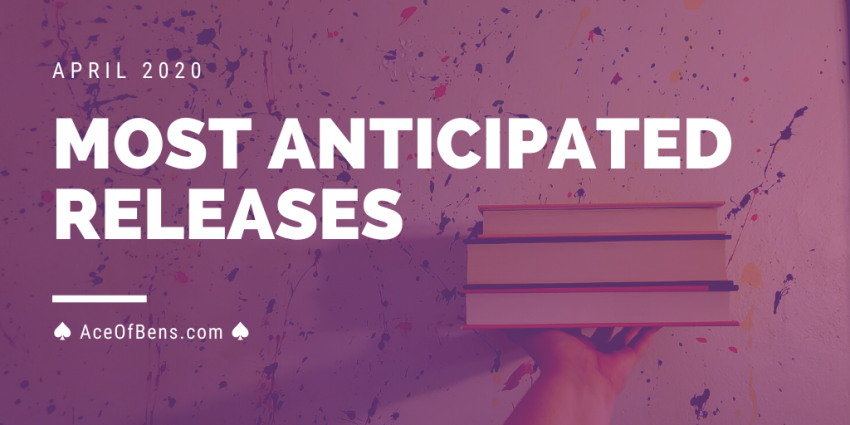 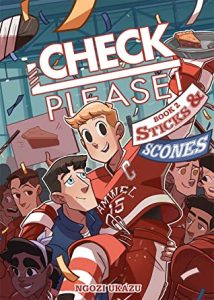 Eric Bittle is heading into his junior year at Samwell University, and not only does he have new teammates―he has a brand new boyfriend! Bitty and Jack must navigate their new, secret, long-distance relationship, and decide how to reveal their relationship to friends and teammates. And on top of that, Bitty’s time at Samwell is quickly coming to an end…It’s two full hockey seasons packed with big wins and high stakes!

A collection of the second half of the mega-popular webcomic series of the same name, Check, Please!: Sticks and Scones is the last in a hilarious and stirring two-volume coming-of-age story about hockey, bros, and trying to find yourself during the best four years of your life.

Why I’m excited: The first volume of this webcomic-turned-graphic-novel was really cute and I liked it a lot. Now that I have learned a bit more about hockey, I feel like I’ll be able to appreciate the series even more. I hope I’ll be able to reread the first volume and get my hands on the second soon but that depends on my library opening back up… which looks like it won’t happen until May at the earliest now. I just want to know what happens with Bitty and Jack!! 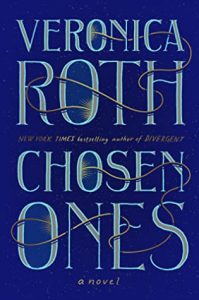 Chosen Ones by Veronica Roth

A decade ago near Chicago, five teenagers defeated the otherworldly enemy known as the Dark One, whose reign of terror brought widespread destruction and death. The seemingly un-extraordinary teens—Sloane, Matt, Ines, Albie, and Esther—had been brought together by a clandestine government agency because one of them was fated to be the “Chosen One,” prophesized to save the world. With the goal achieved, humankind celebrated the victors and began to mourn their lost loved ones.

Ten years later, though the champions remain celebrities, the world has moved forward and a whole, younger generation doesn’t seem to recall the days of endless fear. But Sloane remembers. It’s impossible for her to forget when the paparazzi haunt her every step just as the Dark One still haunts her dreams. Unlike everyone else, she hasn’t moved on; she’s adrift—no direction, no goals, no purpose. On the eve of the Ten Year Celebration of Peace, a new trauma hits the Chosen: the death of one of their own. And when they gather for the funeral at the enshrined site of their triumph, they discover to their horror that the Dark One’s reign never really ended.

Why I’m excited: I probably never would have picked this one up if it weren’t for one of the HMH reps at ALAMW this year, to shout out to her (even though I cannot remember her name so it doesn’t really help at all.) Anyways, the idea of what happens to these teenage heroes for the rest of their lives after they’ve gone through something so big so young is certainly an interesting one to explore. Admittedly, I wasn’t super impressed with the Divergent series, but I’m willing to give Roth’s writing another try. 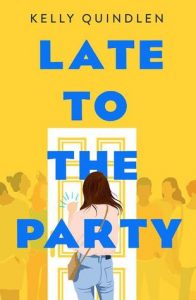 Late To The Party by Kelly Quindlen

She’s never crashed a party, never stayed out too late. She’s never even been kissed. And it’s not just because she’s gay. It’s because she and her two best friends, Maritza and JaKory, spend more time in her basement watching Netflix than engaging with the outside world.

So when Maritza and JaKory suggest crashing a party, Codi is highly skeptical. Those parties aren’t for kids like them. They’re for cool kids. Straight kids.

But then Codi stumbles upon one of those cool kids, Ricky, kissing another boy in the dark, and an unexpected friendship is formed. In return for never talking about that kiss, Ricky takes Codi under his wing and draws her into a wild summer filled with late nights, new experiences, and one really cute girl named Lydia.

The only problem? Codi never tells Maritza or JaKory about any of it.

From author Kelly Quindlen comes a poignant and deeply relatable story about friendship, self-acceptance, what it means to be a Real Teenager. Late to the Party is an ode to late bloomers and wallflowers everywhere.

Why I’m excited: I think I have to thank Chloe @ The Elven Warrior for putting this one on my radar. Crashing a party doesn’t really sound like something I would do, but maybe that’s why it sounds interesting. Because it’s a different experience from mine. Plus, I’m always up for some queer rep and, as the description above says a story about friendship and self-acceptance. 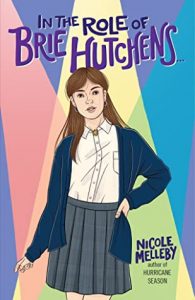 In the Role of Brie Hutchens by Nicole Melleby

Introducing Brie Hutchens: soap opera super fan, aspiring actor, and so-so student at her small Catholic school. Brie has big plans for eighth grade. She’s going to be the star of the school play and convince her parents to let her go to the performing arts high school. But when Brie’s mom walks in on her accidentally looking at some possibly inappropriate photos of her favorite actress, Brie panics and blurts out that she’s been chosen to crown the Mary statue during her school’s May Crowning ceremony. Brie’s mom is distracted with pride—but Brie’s in big trouble: she has not been chosen. No one has. Worse, Brie has almost no chance to get the job, which always goes to a top student.

Desperate to make her lie become truth, Brie turns to Kennedy, the girl everyone expects to crown Mary. But sometimes just looking at Kennedy gives Brie butterflies. Juggling her confusing feelings with the rapidly approaching May Crowning, not to mention her hilarious non-star turn in the school play, Brie navigates truth and lies, expectations and identity, and how to—finally—make her mother really see her as she is.

Why I’m excited: Even from just the synopsis, this story sounds really layered and I’m excited to see what Melleby does with it. Her other book, Hurricane Season was also recommended to me a while ago, but unfortunately, I haven’t gotten to it yet. Still, if that one’s good according to my friends, this one will probably be good, too.

What April 2020 releases are you excited for?