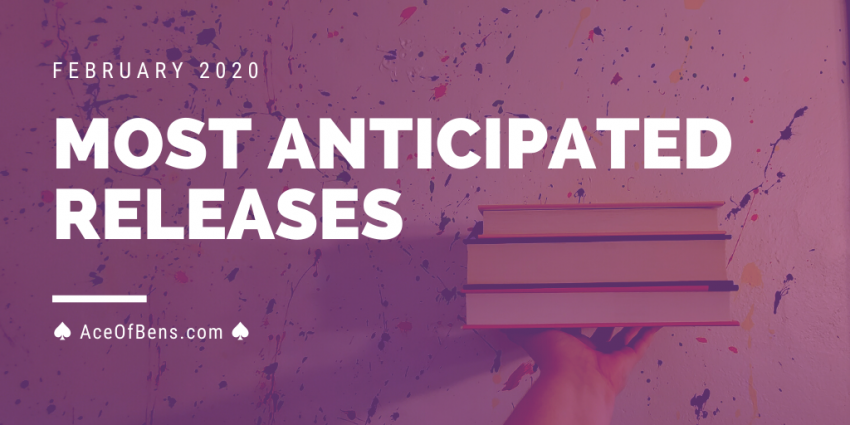 I suppose I missed the window to post about my most anticipated releases of the first half of the year in the first month of the year. It’s fine. For a few months now I’ve been considering switching to monthly anticipated releases posts. The main reason for that is because I often go through all the releases that have been announced in December and June and then I don’t keep up with them. Doing these posts every six months just leaves too much time for me to lose track of what’s coming out and what I’m actually excited for. So now at the beginning of each month, I’ll highlight what I’m looking forward to seeing in the next four weeks. Let’s start with my most anticipated February book releases. 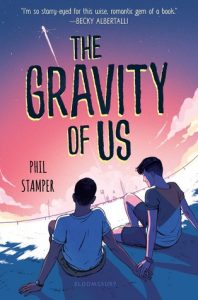 The Gravity of Us by Phil Stamper

As a successful social media journalist with half a million followers, seventeen-year-old Cal is used to sharing his life online. But when his pilot father is selected for a highly publicized NASA mission to Mars, Cal and his family relocate from Brooklyn to Houston and are thrust into a media circus.

Amidst the chaos, Cal meets sensitive and mysterious Leon, another “Astrokid,” and finds himself falling head over heels—fast. As the frenzy around the mission grows, so does their connection. But when secrets about the program are uncovered, Cal must find a way to reveal the truth without hurting the people who have become most important to him.

Why I’m excited: I’ve heard great things about this book in early reviews, so of course, I’m excited about it! I got an ARC of this at BookExpo last year but wasn’t able to get to it during my hiatus, unfortunately. However, I’m really anticipating the audiobook version now that I know it has a full cast. 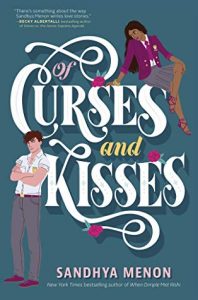 Of Curses and Kisses by Sandhya Menon

For Princess Jaya Rao, nothing is more important than family. When the loathsome Emerson clan steps up their centuries-old feud to target Jaya’s little sister, nothing will keep Jaya from exacting her revenge. Then Jaya finds out she’ll be attending the same elite boarding school as Grey Emerson, and it feels like the opportunity of a lifetime. She knows what she must do: Make Grey fall in love with her and break his heart. But much to Jaya’s annoyance, Grey’s brooding demeanor and lupine blue eyes have drawn her in. There’s simply no way she and her sworn enemy could find their fairy-tale ending…right?

His Lordship Grey Emerson is a misanthrope. Thanks to an ancient curse by a Rao matriarch, Grey knows he’s doomed once he turns eighteen. Sequestered away in the mountains at St. Rosetta’s International Academy, he’s lived an isolated existence—until Jaya Rao bursts into his life, but he can’t shake the feeling that she’s hiding something. Something that might just have to do with the rose-shaped ruby pendant around her neck…

As the stars conspire to keep them apart, Jaya and Grey grapple with questions of love, loyalty, and whether it’s possible to write your own happy ending.

Why I’m excited: Sandhya Menon writes some amazing books, and this is her fantasy debut. I’m excited to see how she takes on a new genre! 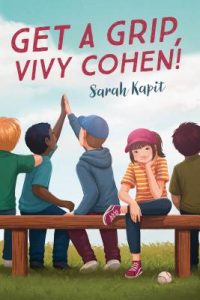 Get a Grip, Vivy Cohen! by Sarah Kapit

In this epistolary middle grade novel, Vivy Cohen won’t let autism stop her from playing baseball–not when she has a major-league pitcher as her pen pal.

Vivy Cohen wants to play baseball. Ever since her hero, Major League star pitcher VJ Capello, taught her how to throw a knuckleball at a family fun day for kids with autism, she’s been perfecting her pitch. And now she knows she’s ready to play on a real team. When her social skills teacher makes her write a letter to someone she knows, she writes to VJ and tells him everything about how much she wants to pitch, and how her mom says she can’t because she’s a girl and because she has autism. And then two amazing things happen: Vivy meets a Little League coach who invites her to join his team, the Flying Squirrels. And VJ starts writing back.

Why I’m Excited: There are plenty of reasons I’m excited for this book. Mainly because baseball season is right around the corner and I’m itching to talk about the sport non-stop again. Also high up on the list, I’m super excited to read some #OwnVoices autistic representation in a middle-grade story! Plus the cover is adorable and the synopsis sounds great. 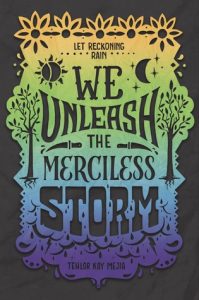 We Unleash the Merciless Storm by Tehlor Kay Mejia

Being a part of the resistance group La Voz is an act of devotion and desperation. On the other side of Medio’s border wall, the oppressed class fights for freedom and liberty, sacrificing what little they have to become defenders of the cause.

Carmen Santos is one of La Voz’s best soldiers, taken in when she was an orphaned child and trained to be a cunning spy. She spent years undercover at the Medio School for Girls, but now, with her identity exposed and the island on the brink of civil war, Carmen returns to the only real home she’s ever known: La Voz’s headquarters.

There she must reckon with her beloved leader, who is under the influence of an aggressive new recruit, and with the devastating news that her true love might be the target of an assassination plot. Will Carmen break with her community and save the girl who stole her heart—or fully embrace the ruthless rebel she was always meant to be?

Why I’m excited: This is the last, but certainly not the least of my anticipated February book releases. The first book in this duology absolutely destroyed me, and I also wrote a Waiting On Wednesday post for this book. A small part of me is sad that ARCs were so limited so I couldn’t get one, but I’m also really excited for the audiobook since Kyla García did a great job with We Set The Dark On Fire. I just remember thinking, “That canNOT be where it stops” when I finished the first audiobook so I can’t wait for this one to end me, too.

What February book releases are you most excited for?