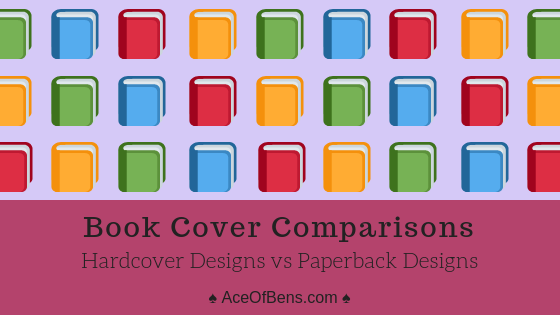 So I think it’s about time I do another cover comparisons. I haven’t done this since the Summer Blogger Promo Tour, even though I’ve wanted to ever since. Last time, Paige @ It’s A Paige Turner did comparisons between the US and UK versions of covers for a few books. This time I’m going to compare the book covers on paperback and hardcover designs. As a note, the covers on the left are hardcover while the ones on the right are paperback. 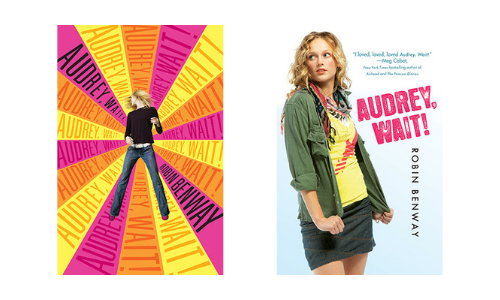 I read this book probably in middle school because I loved one of Robin Benway’s other books The Extraordinary Secrets of April, May, & June. In my opinion, neither of these covers is necessarily more fitting than the other. Both feature models that look enough like how Audrey is described. I’d have to say I like the hardcover design better. The color scheme is nicer and I like that the model is dancing in that one, so something musical. And as a personal thing, I don’t like when the cover shows the model’s face, especially if they don’t perfectly fit the story’s description. 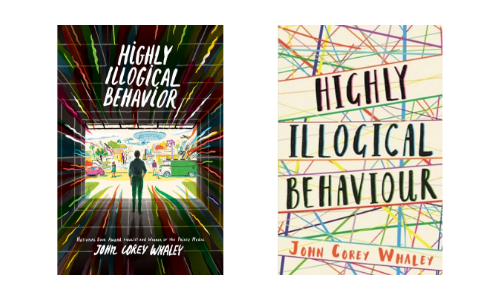 I love the chaotic rainbow lines on both of the covers. This might be weird to say, but hear me out: The paperback overall is plainer than the hardcover design. Yeah, there are all those colorful lines going in every direction, but having the silhouette of that person and the neighbor in the background gives more context. On top of that, I prefer the contrast between the colors and the black background. So while the paperback design is also pretty and eye-catching, I think I’d be more likely to pick up the hardcover design to see what the book was about.

Guardian of the Dead by Karen Healey 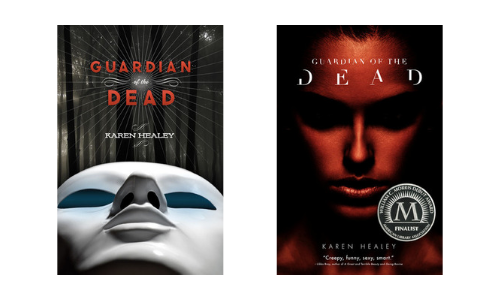 The color schemes in these two designs are pretty similar so there’s not much to judge there. Although, the reddish-orange takes up more of the paperback’s image. Something about that color just feels stuffy and uncomfortable, but that’s a synesthesia thing, so it’s literally just me. In regards to the images on the covers, having the mask on the hardcover design is a lot more intriguing than a shadowed face of some random white woman. Plus there’s a creepy forest in the background, which also makes me wonder what’s going on in the story and how it all connects. 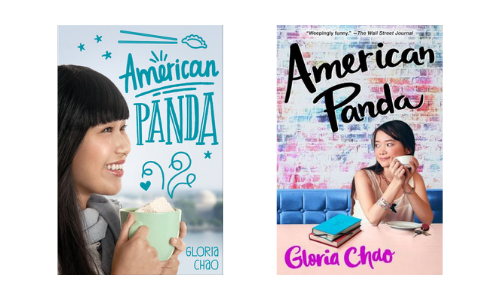 The paperback design for this book was revealed just recently. Both of these cover designs are adorable! The hardcover looks a lot cozier with the model having the scarf on and the mug with (I assume) hot chocolate. Not to mention those doodles around the text are cute and fitting. However, I think I like the paperback design better. The color scheme is prettier to me and I think having the model sit at a table with books next to her seems a lot more academic. It’s more fitting because the story is about a girl in college. 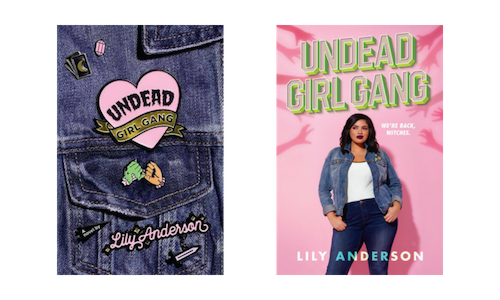 This book also just got a new paperback design in the last few weeks, and at first, I wasn’t too sure how I felt about it. Unfortunately, this is another book I haven’t gotten to reading quite yet, so I can’t speak to how either design fits with the story. As I said above, I’m not a huge fan of showing the model’s full face on the cover, but I think this is an exception. Having a model of a visibly marginalized identity is pretty revolutionary. Also, you can tell if you look at the model’s jacket that it’s supposed to be a zoomed out picture of the hardcover design which I love. She has a denim jacket and the same pins. Plus the hand shadows and the ghostly green text seem to fit with the theme of the undead.