We’re already a week into a brand new year! Can you believe it? A new 365 days that I will use to improve myself in as many ways as I possibly can. It also means another 365 days of book releases, reading, and writing! As 2019 begins, I’m keeping my eye on quite a few different books, and here are 19 of the releases I can’t wait to get my hands on. (Ordered by release date)

The Music Of What Happens by Bill Konigsberg

Alright, so I love that I get to start off the list with this book, because Openly Straight and Honestly, Ben continue to be two of my all-time favorites. In fact, Openly Straight was the first queer book I ever read and therefore holds a special place in my little gay heart. And now Konigsberg is back with an opposites-attract m/m romance at the forefront of a summer story. 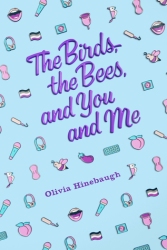 The Birds, The Bees, and You and Me by Olivia Hinebaugh

I didn’t actually know much about this one before I got excited about it. I just knew my friends were talking about it having explicit asexual representation (just look at the little ace flags on the cover!) and I was like “I need to read it!” But now that I’m reading the synopsis for this post, I’m loving it even more. An asexual girl who becomes a better sex ed teacher than the ones at her school because she recognizes that abstinence-only education is toxic? Sign me up!

The Cerulean by Amy Ewing

This story sounds flat-out wild. Apparently, the main character is a not-so-human girl who doesn’t feel romantic or sexual attraction to other girls and is therefore seen as absurd in this world. That’s also how her city decides to use her as a sacrifice. When she jumps over the edge of the City Above the Sky, she finds herself in a land with humans—a land she’s always been told was dangerous. There, she finds a girl who’s in the opposite problem. She’s a lesbian in a homophobic world. So yeah, this story sounds like an awesome roller coaster ride. 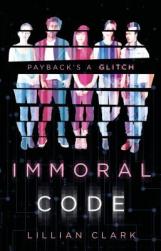 Okay, this book is about a hacker girl and her team of hella smart friends trying to hack into her friend Bellamy’s apparently loaded father’s bank account to take out just enough money for her to attend MIT in fall. I’m looking forward to some social commentary about college and class and economics, because damn, this is the perfect story to do that with.

I was fortunate enough to get an ARC of this at BookCon this past June, and I’ve spent the last few months hyping this book up as much as possible because I can’t wait until it’s published and everyone gets to read it. I need to see everyone else gushing about this book as much as I have been. Less than two months, now! (Also look for my review of this on February 7th!) 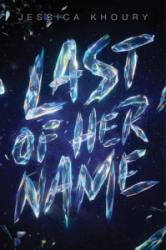 Last Of Her Name by Jessica Khoury

So I actually found this one while searching through lists of 2019 releases and it sounds so good? Based on the synopsis, it’s a story about rebellion and missing royalty set in a fantasy (sci-fi? I’m not good at classifying) world in space. Plus, based on the author’s Goodreads comments, I’m expecting a fun ride that’s not too heavy nor too lighthearted, which is the type of story I’m looking for.

We Set The Dark On Fire by Tehlor Kay Mejia

A timely read about gender roles, class, and politics by an author I’ve followed on Twitter for a while and admired just as long, We Set The Dark On Fire is one I’ve been looking forward to since it was first announced. Also, not to get ahead of myself on this list, but Mejia’s publishing a book with Anna-Marie McLemore, whom I adore, so although I haven’t read anything by her yet, I trust whatever she writes

The Fever King by Victoria Lee

I found this one while searching for 2019 releases with bisexual characters, which is a post coming out on Thursday. It’s a book about a boy trying to figure out the scientific mysteries behind wild magic that killed his family to help the greater good and use it against the government. I’m always up for a good story of rebellion against a corrupt government, especially when there’s magic involved. 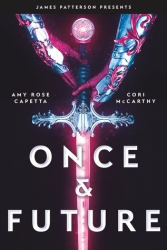 Okay, so this gives me a bit more than five months to read The Brilliant Death by the same author. This isn’t a sequel, but I got an ARC of TBD and I’d feel guilty for reading this first. But yeah, so it’s a retelling of King Arthur where a girl named Ari finds out she’s the reincarnate of him. As an illegal immigrant, she’s been trying to stay under the radar, but that’s quite a bit harder now that she has a magical sword and is starting a revolution. 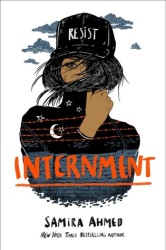 As scary as this story sounds, it also seems super timely. I haven’t read Samira Ahmed’s other works yet, but based on the praise she’s gotten for Love, Hate, And Other Filters, I think she’s a great author to take up a project like this. The book explores the concept of Muslim Americans being put into internment camps like Japanese Americans were in the 1940s. It’s a terrifying idea but unfortunately relevant to the current state of US politics and possibilities.

All Our Broken Pieces by L.D. Crichton

This was recommended to me a few weeks ago by Jessica @ The Book Bratz, and it sounds like something I really need to read. I was a little skeptical at first because it’s a story about a girl with OCD and you know how the representation can go with something like that. But several early reviews I’ve found from people with the disorder say it’s well done, so I think I can go into the book with minimal nerves and allow myself to be excited for everything else it’s about. The more I hear about this book, the more excited I get!

Other Words For Home by Jasmine Warga

I think this is the only middle-grade novel I have on here?  I haven’t read either of Warga’s other books, either, although I’m planning to participate in the Beckminavidera Readathon, so hopefully that will change before this book even comes out. And hopefully I’ll get a chance to read this story in verse about a young Syrian girl coming to the United State before the readathon gets to it… .

With The Fire On High by Elizabeth Acevedo

Okay, first of all, THAT COVER OHYMGOSH. *cue heart eyes emojis* I read The Poet X so quickly a few months ago that even though the story was written exactly how it should have been, I felt like I needed more. Turns out there’s more from Acevedo coming in May! This story centers on Emoni Santiago who dreams of becoming a chef but sacrifices her talents to take care of her daughter and abuela.

To be quite honest, I’m always up for a story with strong family themes. Plus there’s supposedly a curse over this girl? I think it’s contemporary, so the curse probably isn’t Real™, or at least not all that it seems, and it’s being compared to TATBILB in the Goodreads synopsis so that’s definitely caught my attention. I really can’t wait to see what this romance brings to the YA community in May. 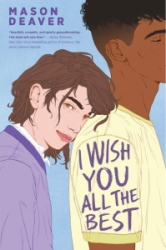 I Wish You All The Best by Mason Deaver

I’ve been following Mason on Twitter since before they started talking about writing this book, so even without having read it, IWYATB is pretty special to me. Plus it’s a story about a nonbinary person (named Ben, ) and Mason’s said it has a happy ending. I’m not trying to order these books by how excited I am, but this is probably the book I’m most looking forward to in 2019. 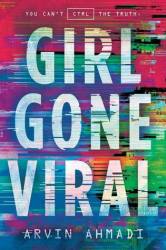 The synopsis of this story kind of reminded me of When Dimple Met Rishi, because it’s about a girl who codes participating in a competition with the hopes of winning and meeting someone important. But the similarities end there. This isn’t a romance. Opal’s trying to find her father who disappeared seven years ago and she thinks the billionaire whose presence is the prize knows something about it. And damn, I need to know what happens.

GAY WITCHES IN MODERN DAY SALEM, WHAT MORE COULD YOU WANT? *ahem* So yeah, I’m really excited about this one. I mean, even just the drama of the plot described in the synopsis sounds so interesting. I’m also hoping for some really good worldbuilding in this one. I’m a sucker for fantasy worlds built parallel to ours, if you can’t tell from my other reads, so this type of story is right up my alley.

Oh my gosh, do I need this book right now! Everything about it just screams “YOU NEED TO READ THIS BEN!” It’s about the First Son of the United States falling for the Prince of Wales as they’re forced to pretend they’re best friends for political reasons. Just–go read the synopsis on Goodreads or somewhere and tell me you don’t want this book, too. But it doesn’t come out until June! In the meantime, I’ll be searching for a way to get an ARC of this because I! need! it!

All Of Us With Wings by Michelle Ruiz Keil

So after reading the synopsis, I’m almost overwhelmed with how much seems to be going on this story, but it also has me interested because there’s so much here that I’ve never read about in a book before? A teen, Xochi, working as a governess for a tween genius, Pallas, who has rockstar parents. Then the girls accidentally summon Waterbabies? This sounds like a wild ride from start to finish, and I need to know what happens!

What new releases are you excited to read in 2019?