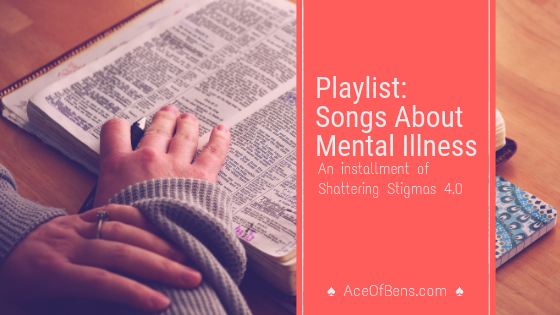 Today, I wanted to share some songs about mental illness that I’ve found to be well-written, super relatable, or just spot-on in a way that I may not be fully able to appreciate but think that others could. While compiling this list, I tried to keep a list of songs that came from varied identities about talked about as many different experiences as possible, and here I have 16 songs for y’all!

As a note, these songs can be listened to together, of course, but it’s more of a list than anything because I wasn’t necessarily trying to pick out songs that sound good together and flow into each other. My hope is that people find a new song and/or musician to listen to and connect with. So without further ado, here we go!

According to a comment Logic himself made on the song’s profile on Genius, this song was a response to his fans telling him that his music saved their life. He says, “And then it hit me, the power that I have as an artist with a voice. I wasn’t even trying to save your life. Now what can [happen] if I actually did?” The title is the phone number for the National Suicide Prevention Hotline.

Glass Animals’ Dave Bayley said in a Facebook post, “[Agnes] is the most truthful, honest, and personal story i have ever written,” and has described the song as “similar to that horrible sinking, tugging heartache that comes only with complete and overwhelming sadness.”

Although the song is off Halsey’s concept album, hopeless fountain kingdom, the song still sounds like it has a lot of personal meaning to her and is one I’ve heard a lot of people relate to. It tells the story of someone who’s a social butterfly and perceived to be a part of the popular crowd, but they still feel like they’re alone because they don’t actually have any deep personal connections with the people fighting for their attention. 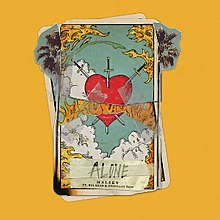 Car Radio by twenty one pilots

Not too many people (outside of tøp’s die-hard fan base) know that the song is literally about a time when someone broke into Tyler Joseph’s car and stole its radio. This song has become somewhat of an anxious anthem because Joseph is able to illustrate the feeling of being stuck in one’s own head through the lyrics in this song.

I wouldn’t usually add two songs by one artist, but this is an exception, because I love both of these songs by her and they’re about two very different topics. Control is about Halsey’s bipolar disorder. I love how you can hear a change in the tone of her voice between the first verse and chorus and the second verse and chorus. It’s an obvious shift in character from depressed, timid, and breaking to manic, full of energy, and lack of control. 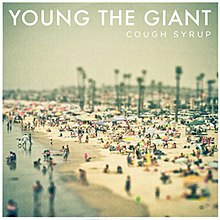 Cough Syrup by Young The Giant

Back when they still called their group The Jakes, Young The Giant wrote this song as a cry for help, because their musical career wasn’t taking off, they were broke, and they didn’t know where to go from there. Overall the song is about struggle and gives off a feeling of hopelessness.

When Paramore took a four-year break after their self-titled album, all members of the band had to deal with some personal issues, including mental illness, so a lot of this album, After Laughter, talks about their struggles. Fake Happy in specific talks about putting on a smile to cover up how much you’re hurting inside, because if everything looks alright on the outside, no one asks questions.

Released in 2014, Sivan wrote Happy Little Pill for a close friend who was struggling with depression. The happy little pill could refer to prescribed anti-depressants or any of the many other ways that people cope with mental illness, healthy or otherwise.

Kamikaze by WALK THE MOON

The singer of WALK THE MOON, Nick Petricca has said in interviews that this song has a double meaning. It’s about being in love with someone you have to leave behind but also about “that belief in yourself and that belief in something greater than yourself.” It’s a song about having all these negative things going on in your life but still finding the strength to overcome it.

In the behind the scenes feature for the music video of Moonlight, VanderWaal says, “The story is about someone going through depression and seeing the way they’re changing and kind of that fake, alter personality. […] It’s about kind of walking down memory lane and remembering just last year of feeling so magical, like you were almost dancing in the moonlight.” 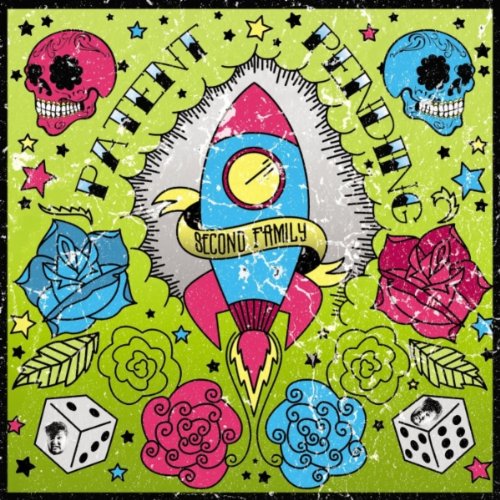 One Less Heart To Break by Patent Pending

Anyone who’s followed Patent Pending’s music for a while knows this is a classic in the fandom. One Less Heart To Break has been written and rewritten several times but it’s always been a song that tugs on the heartstrings and a song that an unfortunate amount of people relate to. The song was most recently rewritten with the goal of suicide prevention in mind and the music video includes information for getting help when in crisis.

A lot of the music from Jack’s Mannequin outlines a period of Andrew McMahon’s life before, during, and directly after being diagnosed and treated with leukemia at just 22 years old. This song in specific is from a point in the treatment process when McMahon started to believe that he wouldn’t make it through the illness and says in the lyrics “this may be my last song.” It’s a goodbye, but it’s also a thank you to his sister (“Oh, I can tell she’s raising hell to keep me warm”) and just a song from a really low point in his life. Luckily, today, he’s still making music and has been more than 10 years cancer-free. 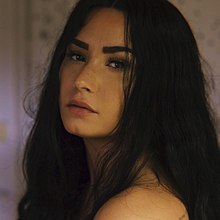 In Lovato’s most recent single, she sings apologies to all the people in her life who believed in her throughout her struggle, whom she believes she’s let down. Unfortunately, relapses happen, and I’m so thankful that we have such well-known and well-loved people like Demi speaking up about what they’re going through, even if it’s ugly. How could I not include this song?

Therapy by All Time Low

This song is pretty self-explanatory. In an interview, singer Alex Gaskarth has explained, ““Therapy” is about every kids’ nightmare. When people are telling you to get help, but all you really want is a hug.” Several of their other songs also talk about fame and anxiety.

Tied Together With a Smile by Taylor Swift

I didn’t think I’d add Taylor Swift to this playlist but while researching songs, I remembered one from her very first album that she wrote about a high school friend who dealt with bulimia. It’s a sweet tune, and I’m glad to add a song referencing an eating disorder since so many of the ones about mental health seem to be about depression and drug use.

What a Catch, Donnie by Fall Out Boy

This songs has been interpreted a lot of different ways, all referencing personal struggles that the band members have worked through including depression, suicidal ideation, anxiety, and loneliness. Patrick Stump explained in an interview that this is his favorite song on the album because “It’s a really interesting thing where Pete was kind of writing in a character, and the weird thing is that it’s like me, it’s as if I wrote the lyrics, but I didn’t. And I’m not being narcissistic, it’s really cool, like it’s impressive to me how well he has me figured out, so it just made me respect him that much more as a writer. It’s weird, it felt like I sat down and wrote a confessional song, but I didn’t. It feels like that to me, but I didn’t. I was writing off of Pete’s lyrics, but it’s as if I was confessing through them.”