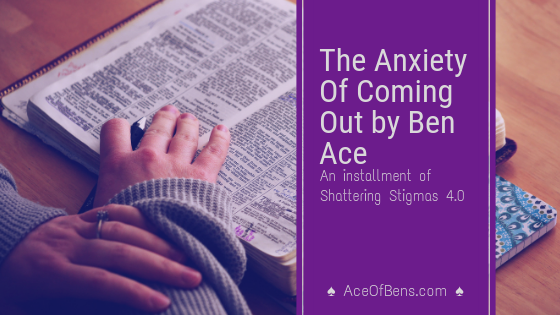 Author’s Note: Yesterday (October 10th) was World Mental Health Day, and today (October 11th) is National Coming Out Day. I like that these days come right next to each other because it makes for a good way to talk about the intersections between queerness and mental health. Granted, you can intersect mental health with any other identity or aspect of life, but since it’s is a very personal piece, these are the two I will be speaking of.

One of the biggest misconceptions is that you only come out once. It’s one of those things that most people simply don’t realize until they’re in that position or someone else points it out. In books and movies, we tend to see the coming out scenes as the climax of the plot and then give the character a happy ending despite all their fears of telling this person/people, because it’s what they deserve. If only it worked that way in real life.

The reality is that most people come out to others one by one or in small groups to test the waters. My experience is similar. I came out to my closest high school friends first. Then friends from my high school’s GSA. Those moments I barely remember, honestly, because it was a positive reaction and I knew beforehand that these people would accept me. However, I remember coming out to a lot of the adults in my life. 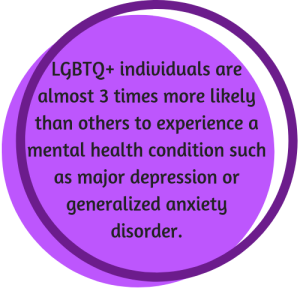 The first adult I came out to was my guidance counselor in high school. She helped me work through my plans for college, my future, and so much of my life. I knew I could trust her. She said she was glad I told her, because she could tell something was off, like I was holding back something all the years I’ve gone to see her, which is interesting to think about because I hadn’t even begun to think about my gender until about a year before that.

After talking for a while, and feeling a bit of weight lift off of me, she encouraged me to tell my parents. I’d already been thinking about it, otherwise I doubt I would’ve said anything to her. Still, it terrified me. I knew I was supposed to be terrified, because that’s how everyone is in the books and movies. Because the books and movies always turn out fine, but the word on the street is that you can’t get happily ever after in real life.

On October 7th, 2015, it was my girlfriend at the time who pushed me to come out to my parents. It was a real spur of the moment ordeal when I told my mother. I was discussing the possibility of coming out to them with my girlfriend and I remember telling her “I’ll do it next week.” I’d be lying if I said I wasn’t mentally going through a list of friends I could move in with if something went wrong. Then I realized how anxious I’d be leading up to it, so my legs just kind of carried me to my parents room and I said to my mom, “I think I’m transgender.”

Her response was, “Yeah, I’ve been meaning to ask you about that.” This is proof that I am terrible at hiding things from my mother.

After explaining some things and talking about names a bit, we hugged and I told her, “I was scared to tell you, because now you don’t have a daughter.” She said, “I have a child, and that’s what matters.” And I told her that she can’t say stuff like that because she’ll make me cry, and that’ll just ruin the masculinity I was trying to prove to her.

The next hurdle was telling my dad, who actually found out from my mom because she offered to tell him, because we didn’t know how he’d react. My mom told him on October 11th, 2015, because she’d seen on Facebook that it was National Coming Out Day. He took a while to wrap his head around it, but today everything’s fine, and I’m so happy to say I have both parents on my side.

There were a fair amount of negative reactions, however. The same girlfriend who encouraged me to tell my parents then broke up with me two weeks later because she was uncomfortable dating a man, which is completely valid. I won’t lie and say that didn’t hurt, because it really messed me up for a while. We’d been together for a bit longer than two months, so it wasn’t serious by any means, but if she would break up with me for being trans, that means literally anyone could.

My father’s mother said, “That’s disappointing,” when we told her. And my mother’s mother immediately called my grandfather, who was at work, because she didn’t know how to react.

Reactions like this hurt. They mess people up for a long time. Not only have I not gone back into dating again because I can’t handle the idea of not living up to someone’s gender standards, but my relationship with the people on my father’s side of the family is strained because I don’t know what they think or how much of it they’ll say.

The constant use “she” and “her” when strangers refer to me just reminds me that I have to come out. I have to tell people I’m transgender, that I might be a man, I might be nonbinary. I don’t know, but I am most certainly not a woman. 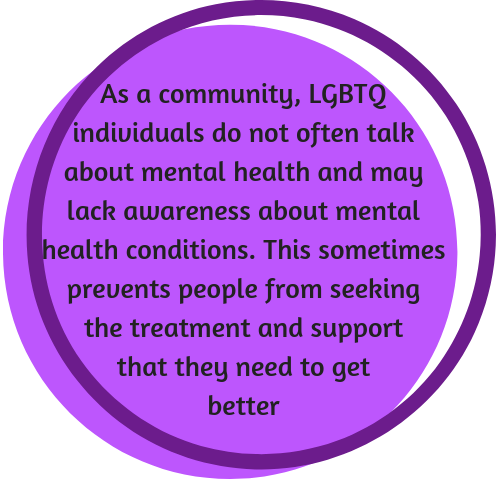 I’ve been diagnosed with Generalized Anxiety Disorder. I’m very open about this. What I don’t tell people so often is how much my identity and this anxiety disorder intersect. I don’t correct my coworkers’ pronoun usage because what if it starts a fight? I won’t use the men’s bathroom because what if the cisgender men give me strange looks? Not to mention I just don’t have the mental or emotional strength to handle a conversation like that with most people. I talk a lot, and those who know me in real life can vouch for that, but talking also scares me because I know my voice is at least a full octave above where a man’s should be, and is my voice dictating how people view me? I get scared talking to cisgender men sometimes, because am I acting “man enough”? Am I fitting in? I want to fit in. I don’t want to change myself to fit in, but oh my gosh, does it feel reaffirming to have friends who are also men.

Maybe this anxiety will dwindle away as I continue transitioning, or maybe it will just shift to new worries. But what I want you to understand is that, as comfortable as I am standing on a stage and announcing myself as Benjamin and openly calling myself a man with a vagina, I am terrified to be transgender in this world. Don’t confuse this with shame. I am proud to be the person I am today, but not everyone is. I wish I could say they don’t matter, but the thing is every voice matters, and sometimes I don’t know how to silence the anxious voice in my head.

So please, on this National Coming Out Day, respect your queer friends, family, acquaintances, and neighbors. It may just give them the peace of mind to live their life.